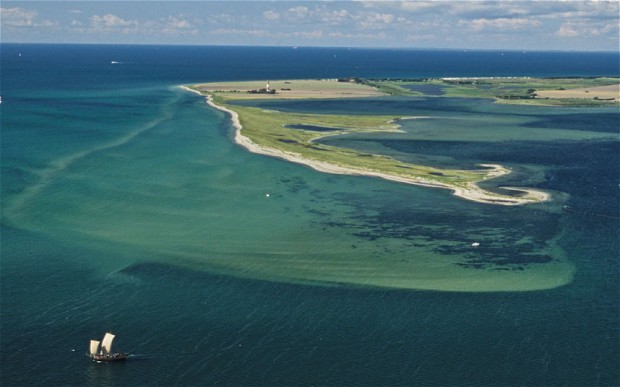 Despite its youthful age the sickle-shaped island lying 16 miles off the coast of the German state of Schleswig Holstein is already home to around 50 different plant species and proved popular with sea birds such as herring gulls and oyster catchers, eager to take advantage of its unspoilt and pristine environment.

Formed over just 10 years, the rapid appearance of the island has surprised scientists familiar with the strong winds and shifting shifts that characterise Germany’s North Sea coast.

“The fact that in just a few years a new island is formed is very impressive,” said Detlef Hansen, who works at the neighbouring Wadden Sea National Park. “For conservationists this is anything but ordinary.”

The formation of new sandbanks in the shallow waters of the Wadden Sea park are not uncommon but scientist said it is rare for one to survive the winter storms and establish itself as an island. The new land mass now boast dunes as high as four metres, and the grasses and other plants emerging from its windswept surface have provided it with a certain resilience to the eroding hand of nature.

Given the name Norderoogsand, the island has also benefited from lying in a position sheltered by other islands and from the fact that over the past decade there have been few high storm surges.