Our understanding of the Universe is about to change…

The Large Hadron Collider (LHC) is a gigantic scientific instrument near Geneva, where it spans the border between Switzerland and France about 100m underground. It is a particle accelerator used by physicists to study the smallest known particles – the fundamental building blocks of all things. It will revolutionise our understanding, from the minuscule world deep within atoms to the vastness of the Universe.

Two beams of subatomic particles called “hadrons” – either protons or lead ions – travel in opposite directions inside the circular accelerator, gaining energy with every lap. Physicists use the LHC to recreate the conditions just after the Big Bang, by colliding the two beams head-on at very high energy. Teams of physicists from around the world then analyse the particles created in the collisions using special detectors in a number of experiments dedicated to the LHC.

There are many theories as to what will result from these collisions. For decades, the Standard Model of particle physics has served physicists well as a means of understanding the fundamental laws of Nature, but it does not tell the whole story. Only experimental data using the high energies reached by the LHC can push knowledge forward, challenging those who seek confirmation of established knowledge, and those who dare to dream beyond the paradigm. 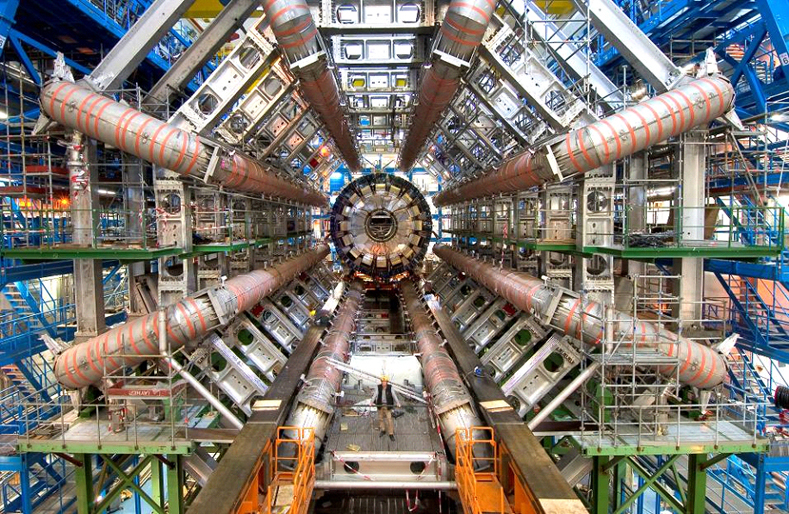